Ipswich has been a dispersal centre for asylum seekers and refugees. 80% of such people in Suffolk are Muslims and a large proportion of them are Kurdish. JIMAS has been relentlessly assisting them when they come here penniless, malnourished, under-clothed in severe cold, with hardly any means of income. Not allowed to work and exploited by unscrupulous ‘employers’ some of these Muslims are very young, without much ability to speak English, and not permitted to work. JIMAS has visited many of their pitiful living quarters and assisted many of them to set themselves up so that they become economically able, productive, and out of debts. 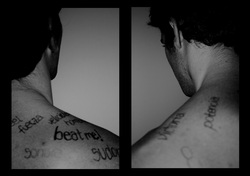 Myth has it that no one starves to death in our welfare state, which is popularly held by many of us and even publicly proclaimed by certain Muslim ‘scholars’ who do not have hands-on engagement in social work in the wider community, outside the mosque or lecture venues. Jameel, Baha and Zara came to Britain after a harrowing journey through Europe and a escape from France smuggled out in lorries. Fleeing from strife in their homeland into a foreign land full of hope and determination to work hard for a livelihood, they have found UK Muslim organisations, mosques and local Muslims of almost zero support and living in active denial of their plight. One of them was actually dying of hunger in Ipswich whereas someone else who had died could not be buried in time due to lack of finances. Jameel was only 16 when he arrived and Zara was 13 and she is handicapped. Your Zakah has been invaluable in assisting some of these people in dire difficulty, financial constraints, and lack of means. JIMAS can only do this work due to your generosity in fulfilling this pillar of Islam responsibly. Moreover, your help not only goes 100% to such people as we carry zero overheads, but it also unmistakably connects with the categories mentioned in the noble Qur’an, and helps restore their trust in Muslims and confidence in Allah.